A series of bills pending in the Massachusetts Legislature would go a long way to protect children and prevent child sexual abuse. These bills would require child sexual abuse prevention education in schools and youth organizations, prevent sexual abusers from working in schools, and shield 16-18 year-olds from educator sexual misconduct by closing the "age of consent" loophole.

Since 1990, the Annie E. Casey Foundation has produced a National KIDS COUNT Data Book, which tracks indicators of child well-being in each state and shows how states compare on those measures. 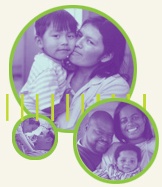 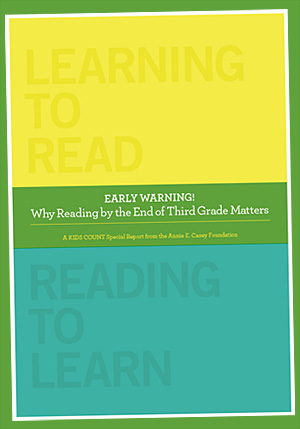 Early Warning: Why Reading by the End of Third Grade Matters

The new national 2010 KIDS COUNT Report focuses on how lack of reading proficiency by end of third grade jeopardizes America's economic and national security. Nationally, 68% of students at the end of Grade 3 in public schools scored below proficiency on the National Assessment of Educational Program (NAEP) reading test.

Massachusetts ranks best among all of U.S. states in the percentage of its students who by the end of 3rd Grade are proficient in reading on NAEP. However, Massachusetts' score belies two important facts: First, no state in the country achieved the standard set by NAEP, including Massachusetts. Second, while 44% of Massachusetts students met the national proficiency standard, 53% of the state's students did not. Therefore, despite the state's high national ranking, these scores are disappointing for all who see school success and high school graduation as beacons in the battle against intergenerational poverty. 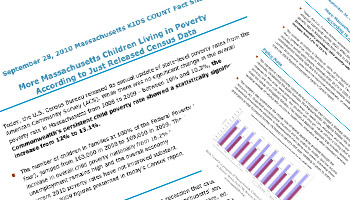 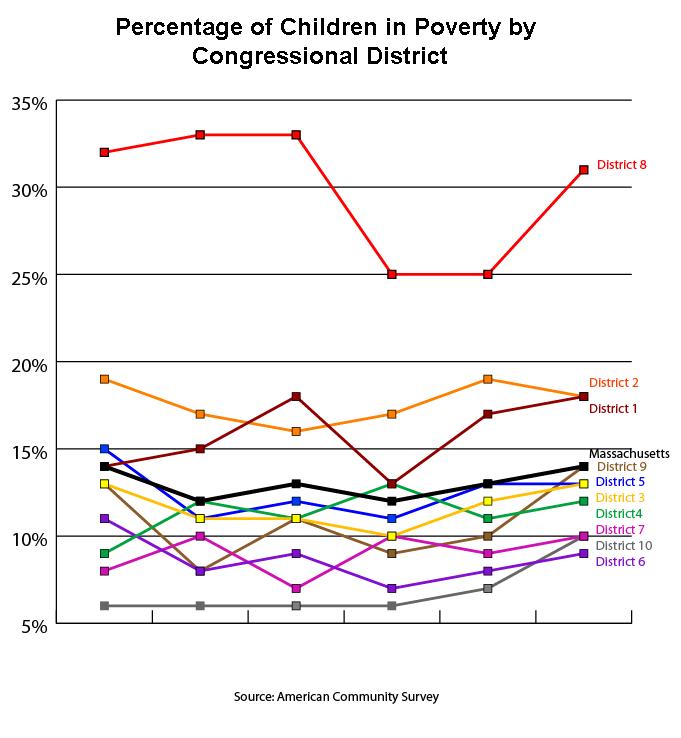 Massachusetts KIDS COUNT has developed graphs that show the latest data on child economic well-being by Massachusetts Congressinal District. Click on you congressional district below to see how you're doing! 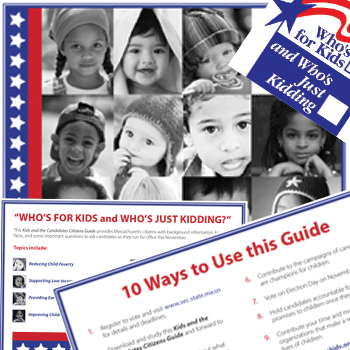 "Who's for Kids and Who's Just Kidding?"

Our state and nation are still reeling from the biggest economic upheaval since the Great Depression. In Massachusetts we have seen families losing jobs, homes, and even hope. The gap in opportunities and resources between children living in poor, low income and middle class families and those living in high-income homes is now among the widest of any state, and it’s growing at one of the fastest rates.

But while so much is at stake for them, children can’t vote. It is up to us to make sure that the issues that affect their lives and well-being - economic security, health, education, safety from abuse, child care - are at the center of the political debate. Voters need to ask candidates to make children a priority by investing in economic and social solutions that improve the lives of all Massachusetts children and families.

Kids and the Candidates Guide
Learn how the candidates stand on children's issues.

Child Poverty in Massachusetts:  A Tale of Three Cities

While Massachusetts has the 4th highest median family income in the country and many of its children thrive, it is also a state where many struggle. In its latest KIDS COUNT report, Child Poverty in Massachusetts: A Tale of Three Cities, MCC hones in on three cities where child poverty rates hover at 40%, well above the rates in Mississippi and Louisiana.

Springfield, New Bedford and Lawrence comprise 19% or 32,000 of the 169,000 children who are poor in Massachusetts. The report outlines reasons poverty has persisted in these urban hubs and describes the historical dynamics that keep groups of immigrants, people of color, and single mothers persistently poor. The report highlights key programs in each city working to support children and their families. Finally, it describes emerging efforts in these communities to achieve child poverty reduction goals. 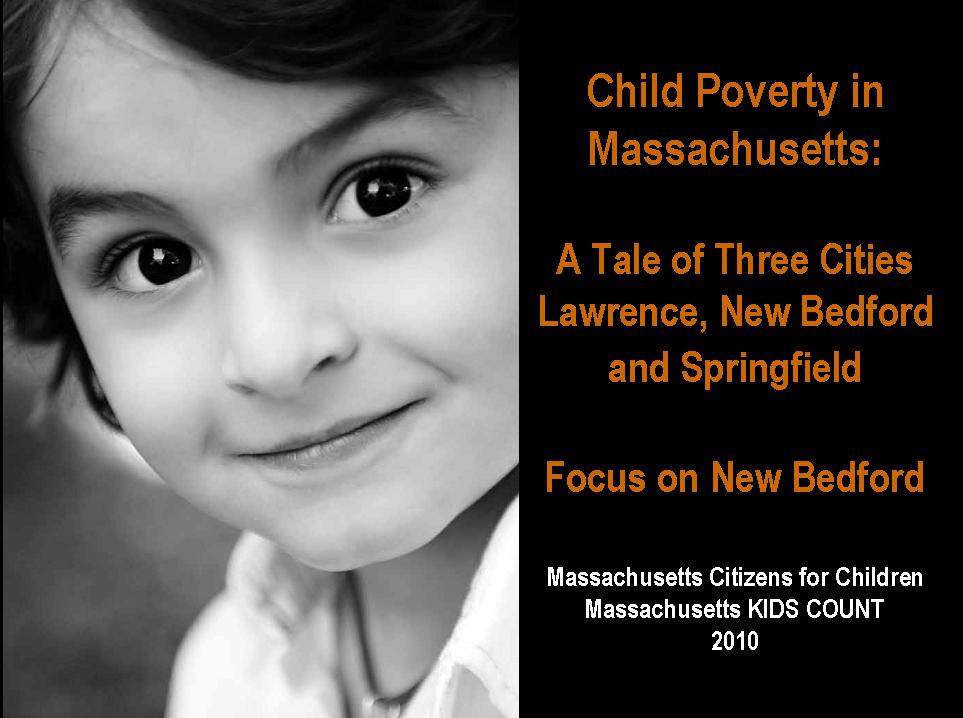 This PowerPoint developed for the City of , is a companion piece to Child Poverty in , a Tale of Three Cities. It provides the latest data on how New Bedford’s children are faring in the areas of economic security, health, education, and safety and is intended to help educate New Bedford citizens not only about child poverty, but about what the city is doing to address it.

The PowerPoint is intended to foster discussion of how is improving the lives of families and making progress at economic revitalization.

Child Poverty in Massachusetts:  A Tale of Two States

Poverty is the root cause of many other problems children face, from poor health and nutrition to inadequate housing and neglect. Ultimately, poverty affects all of the state's citizens.

This 60-page 2008 Report describes the state's poverty paradox of so many persistently poor children and families living in such a wealthy state and makes recommendations for policy makers to address the issue. Despite Massachusetts' high per capita income, there are still nearly 200,000 children, or 12% of all Massachusetts children, living in poverty, with 82,000 living in extreme poverty.

MCC urges the Commonwealth to join with 16 other states that have established formal Child Poverty Reduction Initiatives, including the New England states of Connecticut, Maine and Vermont as well as large states such as California Illinois, Michigan and Minnesota. The Report cites polling data showing strong bipartisan support for providing greater economic security to help lift children and families out of poverty.

Child Poverty in Massachusetts: A Tale of Two States

Executive Summary of Child Poverty in Massachusetts: A Tale of Two States
What People are Saying about the Report...

A State Call to Action: Working to End Child Abuse and Neglect in Massachusetts

MCC joins 30 national organizations in a National Call to Action to push for federal policies aimed at ending child maltreatment in the United States.

A State Call to Action: Working to End Child Abuse and Neglect in Massachusetts
What people are saying about the report...