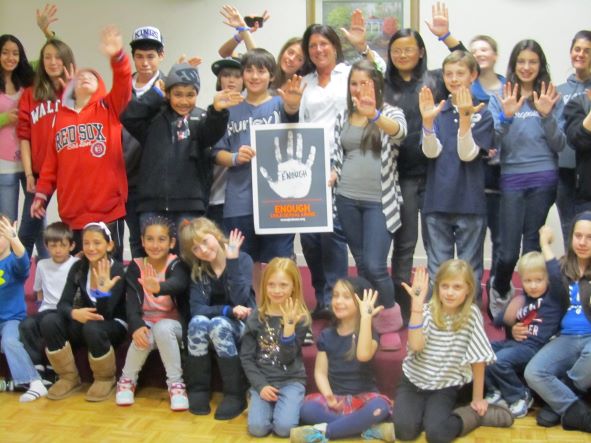 Massachusetts Citizens for Children (MassKids) is the oldest state-based child advocacy organization in the country. Our mission is to improve the lives of the state's most vulnerable children and youth through advocacy by concerned citizens. Since the mid-70s, we have been committed to preventing the abuse and neglect of our state's children.

To ensure better and fairer outcomes for all our children, we commit to involving and reflecting the diverse communities we serve; adopting policies that support equity; and practices that value and respect everyone.

MassKids was founded in 1959 by pediatrician Martha May Eliot, MD, who served as Chief of the U.S. Children’s Bureau and held influential positions in both the World Health Organization and the United Nations Children’s Fund (UNICEF). With active support from Governor Foster Furculo, they established the organization as a permanent, independent citizens’ voice for Massachusetts’ most vulnerable children.

Since its formation in, MassKids has continued to tackle the complex and sometimes controversial issues facing vulnerable children.

Throughout its near 60-year history, our organization’s work has been grounded in the belief that all Massachusetts children have the inherent right -

Since 1986, MassKids has served as the Massachusetts Chapter of Prevent Child Abuse America. MassKids currently works to prevent child abuse through the Enough Abuse Campaign - a multi-state initiative working to educate and mobilize parents, professionals and communities to prevent child sexual abuse; the Shaken Baby Syndrome Prevention Center that is working to reduce infant deaths and disabilities from Abusive Head Trauma/SBS; and its active participation on various coalitions, including the National Coalition to Prevent Child Sexual Abuse and Exploitation, and the National Task Force on Educator Sexual Misconduct.

Click here for highlights of MassKids' work and accomplishments for children.